Lee Byung Yoon was born in Seoul, was raised in the United States, and returned to Korea to study film directing at the Korea National University of Arts. There he discovered a love for dance, and, between commercial shoots and dance classes, made the 25-minute short Yuwol: The Boy Who Made the World Dance in 2018 under his working name BEFF.

At the heart of this short is a phenomenon akin to tarantism, a medieval dancing mania associated with the Italian province of Taranto and the bite of the tarantula. Here, though, the setting is a contemporary school and its surroundings in a Korean city, where dreamy young misfit pupil Min Yuwol (Sim Hyeon-seo) wakes up in class with an irresistible rhythm luring first his eyes, and then his whole body, into motion. As his strict teacher Miss Hye-lim (Choi Min) imposes discipline on the class, Yuwol finds himself at the centre of an outbreak of compulsive twitchings and zombie-like convulsions among his peers which he, through the exuberant force of his presence, choreographs into dance around him. Recognising Yuwol as patient zero in this rapidly spreading infection of resistance, Hye-lim and the other teachers pursue the boy, only to succumb to the craze one by one, and to abandon themselves to the subversive, addictive rhythm. It may all be just a dream of rebellious freedom, but Yuwol’s sense of wayward joy proves irrepressible, even in reality. 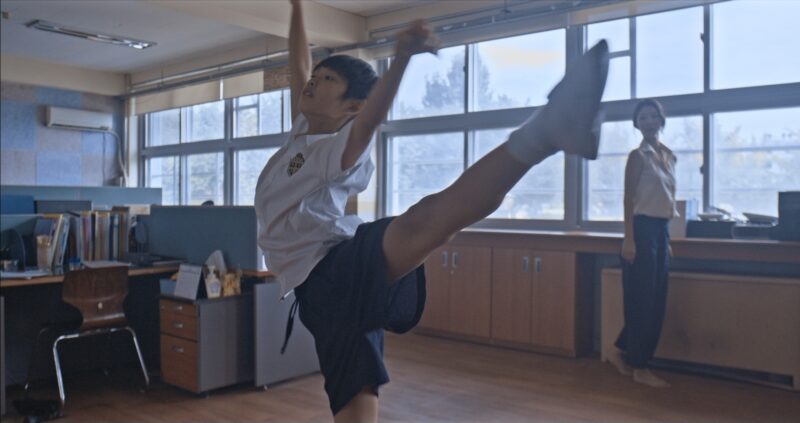 This is a spectacular extravaganza, taking Yuwol through a wide range of routines and locations, from pop in the school corridors, to tap in a Youtube studio kitchen (with BEFF himself playing a dancing director), to an intimate pas à deux in the school’s staff room, to a Grease-style outdoors ensemble number in the playground. Its message, articulated by Yuwol as “Who cares? Let it out”, is an ecstatic plea against the forces of repression, even as, with a certain irony, the beat of the music imposes an order of its own, if different from the prevailing conformity. 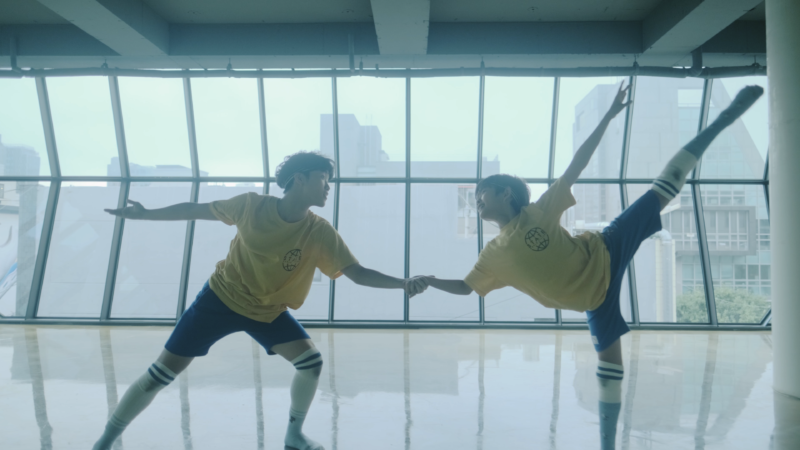 Made two years later, BEFF’s 10-minute follow-up short I Wanna Dance With Somebody sees Yuwol (now played by Kim Jong-woo) as a grown-up, headband-wearing ‘loser’ in college. Amid a rash of mysterious infections that have kept the teachers from class, Yuwol gets the dance bug again, but fails to finds a partner in this university environment, and so, alone in a gym, he dances solo to the strains of Whitney Houston singing “I wanna dance with somebody… who loves me” around a mirror, until his younger self (Sim Hyeon-seo) emerges and joins the lonely student in an enthusiastic duet.

It is a peculiar fantasy, showing an adult still very much in step with the rhythms of his inner child, while also capturing a moment of narcissistic longing and self-love as dance. The credits declare it part of the ‘Yuwol Universe’, leaving us wondering where BEFF and ‘Team Yuwol’ will take this chorophile character next.

Anton Bitel is a part-time Classicist and freelance film critic, contributing regularly to (among others) Sight & Sound, Little White Lies and VODzilla.co. He is a programmer for the London Korean Film Festival.