Youn Yuh-jung: An Actor for All Seasons

The American Academy of  Motion Picture Arts and Sciences added the categories of best supporting actors, male and female, to the Oscar awards in 1937. That was only the ninth ceremony in a total of ninety three so far. One of the several thousand gold-plated statuettes presented since the event began was awarded to the much-loved South Korean actor Youn Yuh-jung (also romanised Yun Yeo-jeong) at the last Oscar ceremony in April 2021. It was in recognition of her powerful and deeply humorous supporting role as halmoni/ grandma Sunja in Lee Issac Chung’s remarkable film Minari (if Korean film Parasite had not already won the Oscar for Best Film the preceding year, Korean-American Minari might have earned that statuette as well despite the overwhelming popularity of winner Nomadland). Youn not only won that Best Supporting Actress Oscar but the Screen Actors’ Guild and BAFTA versions as well, among many other accolades. In Korea the reaction was overwhelming.

It is easy to find Youn Yuh Jung’s acceptance speech online. * Listen to her short, irrepressibly funny thank-yous– who else would use the occasion to tease a Brad Pitt – and you’ll catch the name Kim Ki-young. He was the unconventional director – ‘an awkward genius,’ Youn has called him —  who gave Youn her first film part in 1970. She was in fact given the starring role: Myungja, a not-at-all-naïve young woman who comes from the countryside to wreak havoc in a city household, an odd mix of chicken farm and bourgeois pretensions. Youn had only been acting for a few years at the time. A part-time job at TV station TBC turned into an acting vocation when she won an in-house talent competition. By 1971 TBC had handed her the lead in the first television version of the tale of Chang Hui-bin, the most famous femme fatale of the old Choseon Dynasty. Kim Ki-young had, like the television producers, recognised her unconventional modern beauty and seductive energy. Youn swept the best-actress awards in Korea that year. Kim repeated the success of Woman of Fire the following year with Youn returning as Myungja in the even stranger, more fantastic Insect Woman. So it is no surprise that twenty years later, his career in decline, Kim tried to capitalise on her magic once again in what became his final film, Angel, Become an Evil Woman (1990). 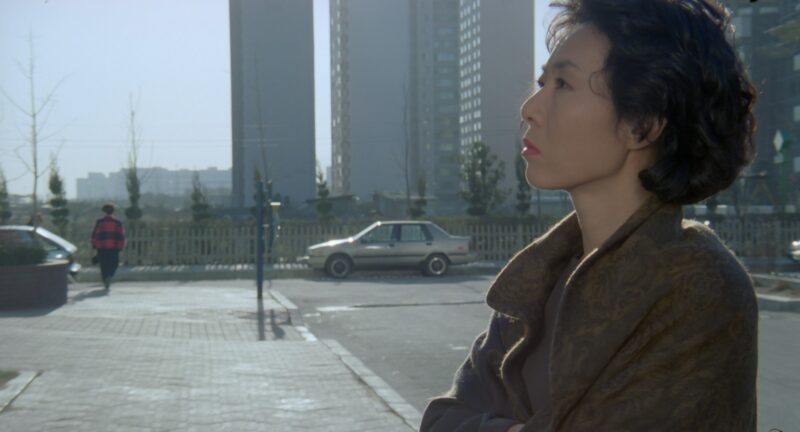 The decades in between had been difficult for Youn. She had married a popular singer and he had taken her off to the US. She ended up with two young sons and a divorce. Back in Korea she picked up her career in TV drama but now the roles were not major ones. No one would give a lead role to a divorced woman. In conservative, patriarchal Korean society, divorce casts a much longer shadow over women than men.

Then director Im Sang-soo cast Youn in a relatively minor supporting role in his 2003 film The Good Lawyer’s Wife. And her come-back had begun. Youn more than held her own against emerging stars Moon So-ri and Hwang Jung-min in her role as Hwang’s sexually active mother, a woman determined not to be a dreary widow. In what now seems a pleasant prediction of future honours, Youn won the Busan Critics award for best-supporting actress that year. Im has cast her in other films since, but her most intriguing role was that of ‘Miss Cho’ in his 2010 remake and revisioning of Kim Ki-young’s most famous film, The Housemaid (1960). In Korea, all the best-supporting actress awards went to her in 2010. 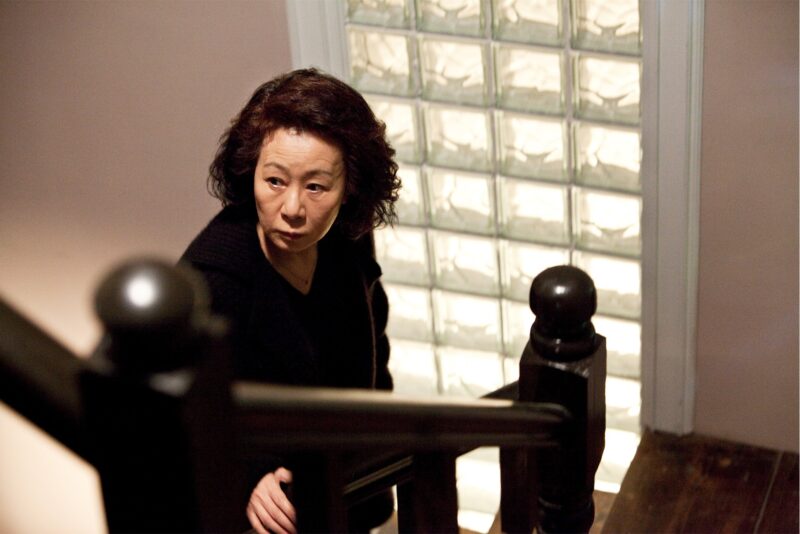 In the space of a short retrospective it is pretty hard to suggest more than an outline of Youn Yuh-jung’s cinematic career. We have selected three films from 2016 to give some idea of the range of her acting skills across a single year: from the humour of Ladies of the Forest, to the mix of humour and tragedy in melodrama Canola and the haunting realism of The Bacchus Lady. We will soon be able to see Youn Yuh-jung in the epic TV series Pachinko. It is difficult to see anyone else in the role of matriarch Sunja: a soul-sister of Minari’s Sunja,  an embodiment of the complicated, tragic, contrary, fascinating seasons of modern Korean history.